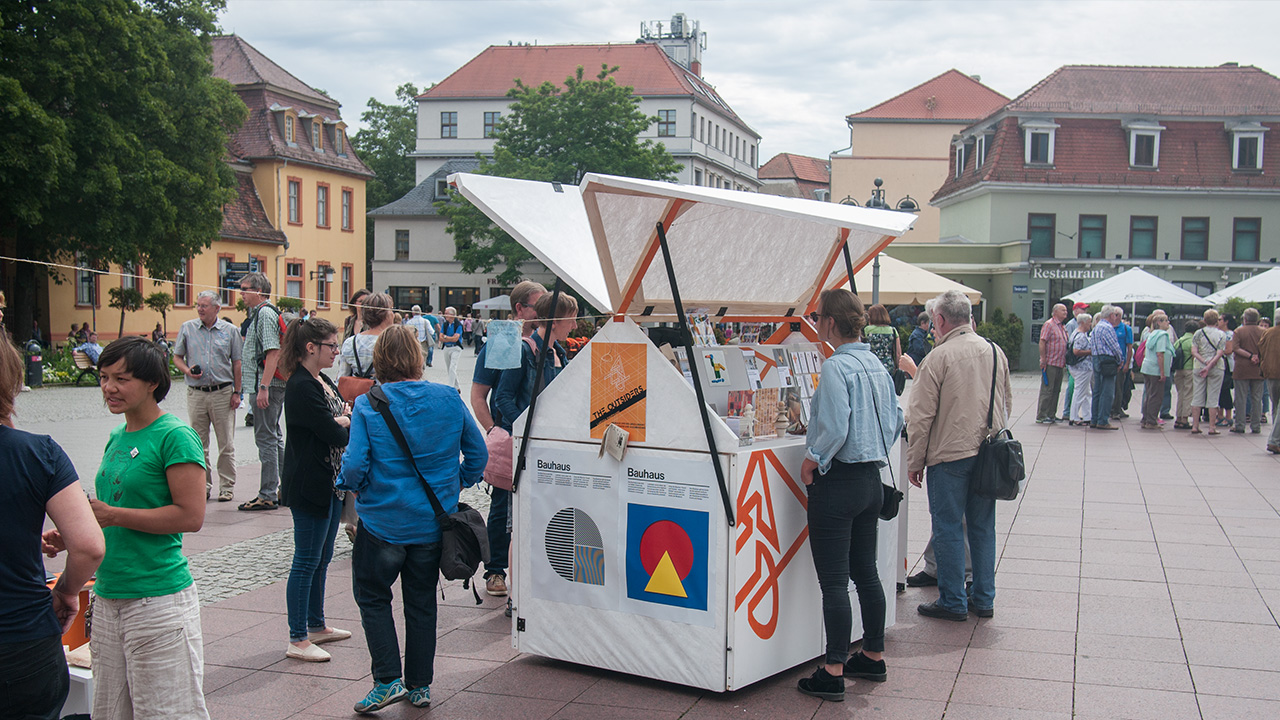 In early 2019 the Bauhaus in Weimar will celebrate it’s 100th anniversary.

With this in mind, in the summer semester of 2015, students from four different countries at the Bauhaus University Weimar developed a pop-up store. Working closely with the BTD they designed not only products and souvenirs but also workshops about the influential Bauhaus art school of the 20th century. During the Summaery 2015 the pop-up store ‘Bauhaus Intersections’ could be found on campus and on different locations around the inner city of Weimar.

Rudolstädter Str. 7
D – 99428 Weimar – Gelmeroda
E-Mail: info@btd-weimar.de
We use cookies to ensure that we give you the best experience on our website. If you continue to use this site we will assume that you are happy with it.Ok