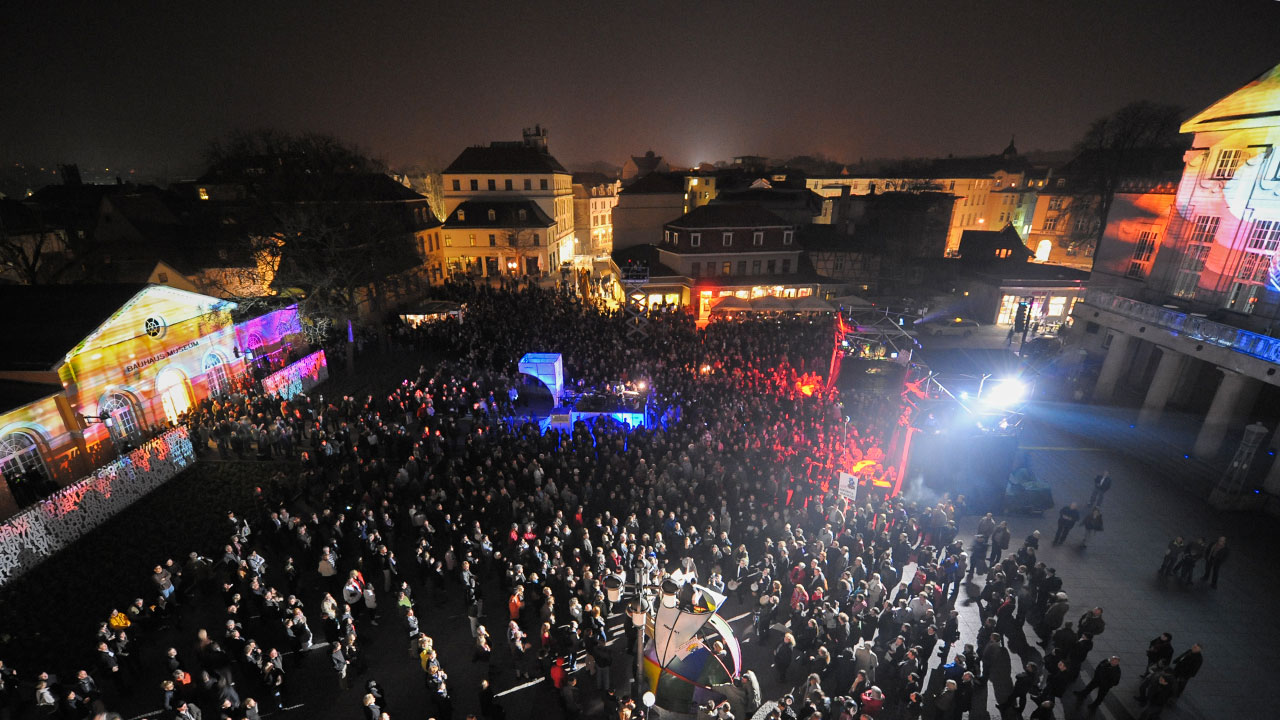 2009 Weimar celebrated the 90th anniversary of the Bauhaus foundation, which became one of the most influencual design schools of the 20th century.
The Bauhausmachine was a travelling exhibition artwork and mobile media lab – conceptualised by media artists Stefan Kraus and Marc Sauter, produced by the Bauhaus.TransferzentrumDESIGN – reflecting the celebration with audiovisual interventions and performances.
The Bauhausmaschine remixed everything, asking: ‘What is Bauhaus?’ – 90 years later …