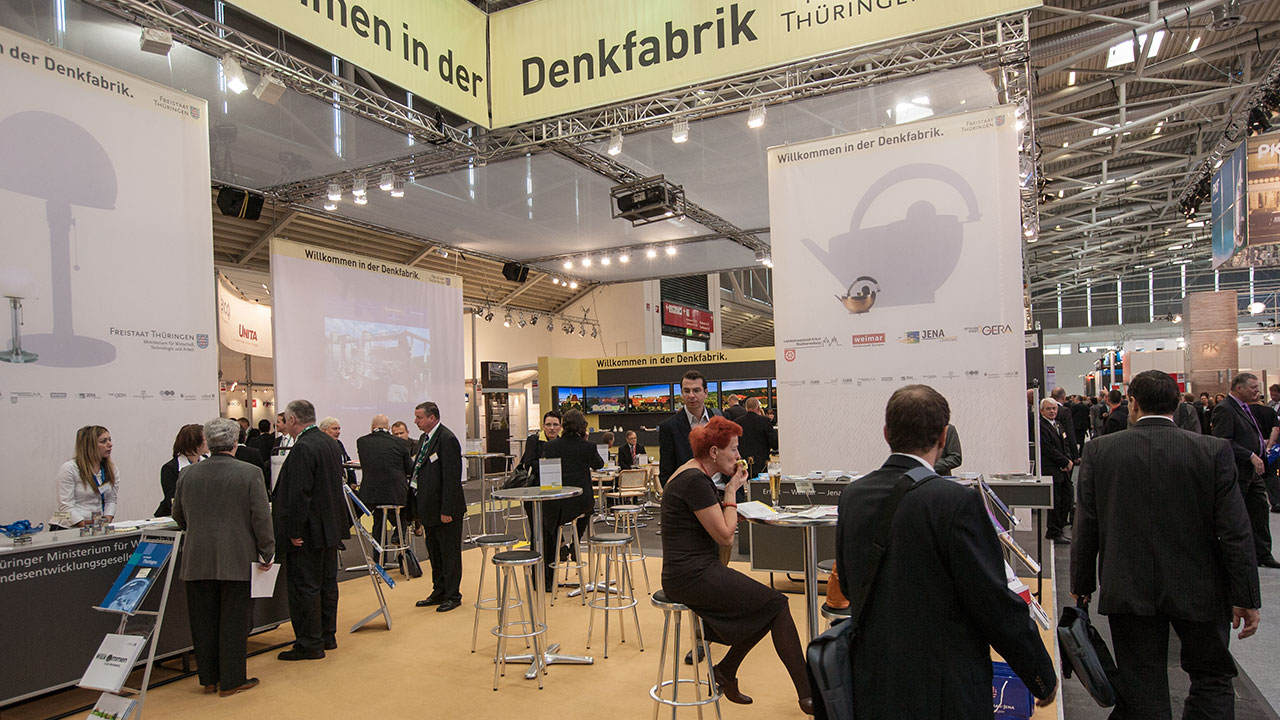 Stand design for ‘Thuringia’ at the Expo Real 2008 in Munich

The Thuringia stand at the Expo Real in Munich presented in 2008 is was the anniversary of the 90th founding of the Bauhaus. The core and starting point of the BTD’s exhibition design was the Gropiuszimmer in Weimar. The Gropiuszimmer emerged as an internal spatial work of art as part of the Bauhaus exhibition in 1923. The cube of the Gropiuszimmer is remade through translucent fabric walls. The position of the walls refers to the flowing space of classical modernism. On the fabric walls are Bauhaus icons, such as the Wagenfeld lamp, the fire pot and Keler Cradle. The visitors oversized shadow stands as an abstract symbol, to show how those goods have been influential in Thuringia until today. The thistle as a subject of study by Bauhaus students under Johannes Itten refers to the expressive design of the early Bauhaus. In cooperation with partners, alumni and young designers from the Bauhaus University Weimar the BTD developed a graphics and colour concept. A moving video Panorama of Thuringian cities and landscapes was visible to show a view to the present.